Naturae has been awarded with the Emprendedor XXI Castille and Leon Prize, VII edition. This prize is driven forward by La Caixa and organized by the Innovation, Financing and Internationalization Agency (ADE).

This award recognizes our company as one of the most competitive ones in Castilla and Leon.

This prize is organized by the Business Associations Confederation in Burgos (FAE). It recognizes our contribution promoting the innovation in the industry of Burgos.

It is given to companies in which innovation is a competitive strategy.

We have been awarded for our research and improvement in R&D, to obtain the mycological strain called “Naturae” and to obtain its active principle.

The Minister of Agriculture, Food and Environment gave us these awards, organized by the Ministry of Agriculture and Biodiversity Foundation, in collaboration with the European Social Fund.

Naturae has been awarded the First National Award ‘Small Business Startup 2014’ organized by CEPYME (Spanish Confederation of Small and Medium Enterprises) and was delivered by Antonio Garamendi, president of CEPYME last November 27, 2014, in a gala whose court was presided over by the King and Queen of Spain.

Carrefour customers have chosen Naturae as the company with the most innovative of those sold in Carrefour Castilla and Leon in this year products.

Carrefour gave us the Award for Most Innovative Company 2014 last December 2, 2014 at a gala chaired by Agustin Ramos, Secretary General of Carrefour Spain and Jorge Morro, Director General of Agricultural Industries.

This award is important for Naturae, as has been the consumer who has selected the company, and is a great recognition to the satisfaction generated by our innovative products to the consumer. 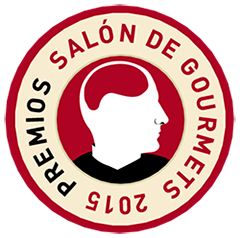 Naturae has been awarded with the Innovation Prize, in the IV Salon de Gourmets 2015 Prizes, with its aloe vera in dices, a product commercialized by Naturae under the brand Saloe.

The prize recognizes Saloe (aloe vera in dices) as one of the three most innovative products of the 35.000 products which were exposed in the International Quality Food and Beverage Fair, the most prestigious event in Europe for this products (Salon de Gourmets 2015).

The information contained in this web site is exclusively for distributors and commercials of natural products and dietary supplements, naturopathic professionals and nutritionists. So, it is not destined to the final consumer.